All Categories ​ > ​ ​Prospective Students ​ > ​ ​Core Program Information ​ > ​   What is the difference between MSA & Classical Arabic?

What is the difference between MSA & Classical Arabic? 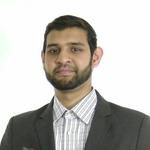 Updated 2 years ago by Basim Salim

Modern Standard refers to the standard literary and communicative language of the Middle East and North Africa, recognized as one of the UN’s six official languages. It is the common medium for nearly all formal communication, both printed and spoken. And, as the official language of all Arab countries, it provides the most versatile tool for those interested in living or working in an Arab country, or those whose occupational field intersects with any aspect of the Arab world.

Classical Arabic refers primarily to the language of the Qur’an, and secondarily to the various texts and works that are directly inspired by both its form and content. Students receive direct exposure to Islamic legal, theological, philosophical and mystical texts from the classical and medieval periods.

How did we do?

Powered by HelpDocs (opens in a new tab)